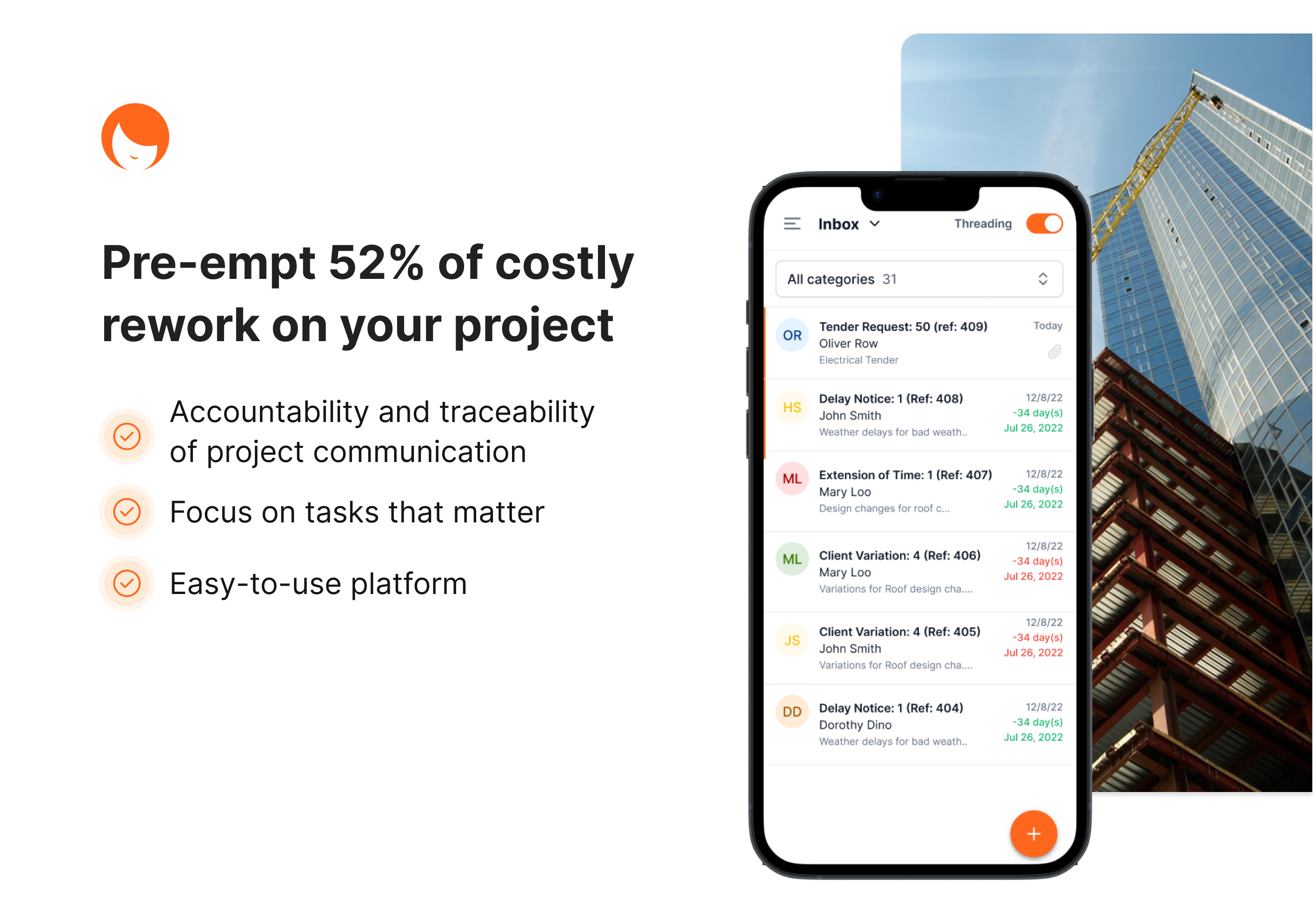 Ask any major stakeholder or owner operating within the building industry, and they will tell you – construction is a complex playing field. Projects often involve hundreds if not thousands of people, from architects to labourers, working off thousands of documents, each with their own sets of mark-ups, revisions, and back-and-forth correspondence. When these parties are working off an outdated plan, things start to go wrong.

And when things go wrong, the consequences can follow a domino effect and ultimately develop a risk of incurring costs that impact timelines, finances or reputation. Let’s consider the case of Opal Tower, Wentworth Point. The Sydney 392-apartment luxury tower block residents were evacuated on Christmas Eve of 2018 after an internal concrete support wall suddenly cracked. The flaw surfaced weeks after residents started settling, shifting the entire building. The builder behind the project has so far paid an estimated $37m in repairs and accommodation fees for the residents stranded out of their homes.

The defects have launched a slate of expensive lawsuits, with each side investigating liabilities. Experts expect that the ensuing disputes will drag on for decades. There’s no question that a complex web of intricacies is involved in the fault that will take time to unravel and rectify. What is evident is that project document management and communication regarding faults, revisions, and defects is of utmost importance.

Unfortunately, this isn’t an isolated case. Previously, the cost of rework was estimated to sit at about 5% of project work value. Recently, the estimated median cost of rework in 2020 is as much as 9% of the total project value. That would mean that from a $10 million project, as much as $450,000 would be committed to rework.

Commnia began as a simple story: the construction industry doesn’t need to be quite so messy or complex. Our cloud-based information management software enables every party involved in a construction project to communicate and collaborate, ensuring that everyone is working off the most up-to-date information. That means when it comes to actual project construction – the design, planning and execution teams can function in synergy with one another.

Founded in 2000, Commnia has worked with hundreds of Australia’s leading construction companies on projects totalling $73bn. We pride ourselves on delivering outstanding customer support and are proudly Australian owned and operated. We are consistently developing better ways to connect your teams, automate tasks, and increase productivity.

At Commnia, we’re all about communication, so we work closely with our customers, partners, and friends to push innovation forward. Our goal is to deliver a digital transformation to our clients and the broader construction industry – in the simplest way possible.

Commnia helps our clients reduce the risk of rework in three ways;

The construction industry in Australia has one of the highest overtime works of any sector. That’s mainly because many of its processes are paper-based and manual, and data tends to silo rather than be shared to generate relevant information.

Research estimates that construction workers lose 14 hours on average each week dealing with avoidable issues and searching for project information. An average of 5.5 hours a week is spent hunting down project data – revised drawings, plan diagrams, material sheets etc. Not only is there a cost to be saved from time spent on obsolete tasks, but these non-optimal activities pollute concentration and distract from more important issues at hand.

At Commnia, we believe in leaving mundane and repetitive tasks to the machines. Our platform automates the most time-consuming aspects of structuring, sending and revising documents of any format pertinent to your project, saving you time to focus on the more essential details. The project inbox allows you to keep ahead of the latest movements on your project and our range of reporting options allows you to keep track of projects from an overhead view.

In the case that a problem takes place, investigating and auditing is made more accessible with Commnia. The platform normalises all information in a way that offers clarity and centralises the entire web of project correspondence in one secure cloud solution.

2. Delivering accountability and traceability to all project communication

Defects are part and parcel of the construction industry. People will inevitably make small mistakes while working under tight deadlines and an immense number of documents constantly being revised and updated. Unfortunately, minor errors can have devastating consequences when dealing with construction. FMI attributes as much as 48% of all construction rework to poor data and miscommunication and 52% of global rework to poor data management.

Here at Commnia, we designed a platform that will aid in minimising human error by ensuring that everyone involved in a project is kept up to date with the latest documentation such as – drawings, plans, specifications and even contracts with suppliers and contractors. Most of this process happens automatically and is supported by an intelligent notification system and reported through dashboards, meaning you can oversee updates live and intervene only when necessary.

Commnia is one-of-a-kind in that it possesses the unique capability of being able to file, update and store documents of any format and page size within your Document Register. That means that all your DWGs, multi-page PDFs, REVIT, Word and Excel files are all safe within your Commnia Drive and structure and will take you to the latest document version. The all-inclusive platform delivers a single source of truth and automatically provides you with the most up to date revisions when they’re needed.

Even with the best management system, errors are still going to happen. Commnia’s end-to-end system records every movement in your project from concept to completion. This means that it’s easy to keep track of all the moving parts of your project so that when disputes do arise, you’ve got access to all the information you need to investigate.

Commnia Archive services are available to care for your project information in strictest confidentiality for the life of your building project.

“Commnia is one-of-a-kind in that it possesses the unique capability of being able to file, update and store documents of any format and page size within your Document Register.”

3. Introducing an easy-to-use platform accessible from all devices

Let’s face it: the average construction worker isn’t a tech whiz. KPMG reports that construction is second last in a long list of industries undergoing digital transformation. Recent research has shown that less than 20% of construction teams implement the use of site apps aside from just email, text, and phone calls to access project data and collaborate with project stakeholders. Usability is often a factor, and it is essential to select a platform capable of bridging the gap between project sites and the office.

Here at Commnia we understand that not everyone involved in a project will be the next Mark Zuckerberg in a hard hat – and there’s no expectation of that. We’ve designed our platform with usability closely considered so that anyone on your team could use and benefit from the Commnia platform, whether they’re at a client meeting or out working on site. Commnia Markup allows any team member out on-site to send, annotate and respond to a revision or request on the go. At the same time, Commnia Inbox captures responses and attachments sent from any email platform. Our simple, clean and deeply integrated apps work across all desktop and mobile devices, connecting every member of your team, any time, from anywhere.

Commnia Customer Success and Support teams collaborate with User Experience experts and our clients to merge industry feedback with new platform developments, integrated functions, and interfaces. By working together to bridge the gap between what you need to navigate the system with ease and how our technology team deliver the function – we’ve earned the reputation for being the easiest system on the market.

Our clients have often trialled other systems and, from time to time, choose to host their project documents with Commnia for its ease of use and all-inclusive capability.

Whether you’re currently researching a good system to implement on a new project, evaluating closely what you’re using now, or researching ways to scale your project portfolio – discovering a new, fresh way of doing business is always quite exciting. At Commnia, we’re excited to show you how our system will automate and revolutionise your processes with integrated modules designed to support every stage of your building process.

At Commnia, for 20 years, we’ve helped clients build better – many of which have worked with us closely for decades to evolve Commnia into the easiest to use and most comprehensive platform on the market.

Don’t wait to discover the Commnia difference; book your demo with our team today. 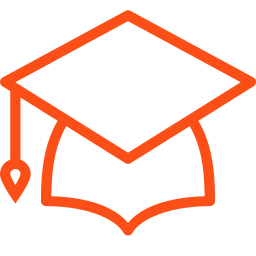